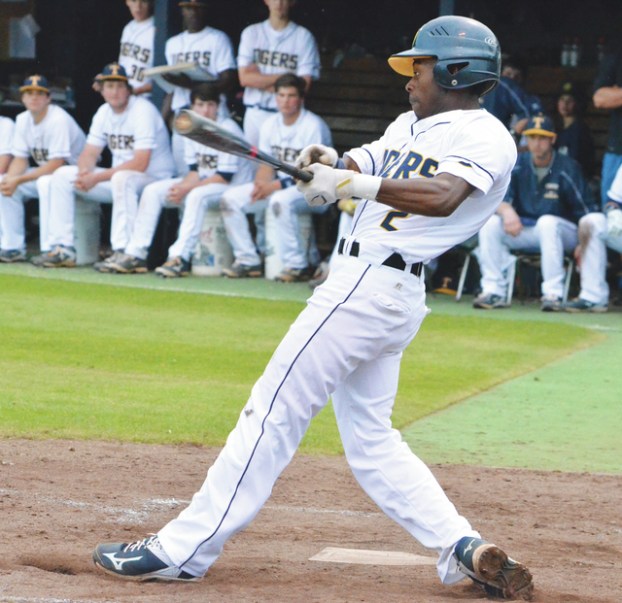 Troup’s Bliss gets offer from Georgia Ryan Bliss, who recently completed his freshman season at Troup High, has been offered a baseball scholarship by Georgia. Kevin Eckleberry | Daily News

The Troup Tigers were participating in a team camp at the University of Georgia last weekend, and one of the players left with a scholarship offer in hand.

It wasn’t one of the rising seniors, although there are some players in that group who will be playing big-time college baseball down the road.

The player who received the scholarship offer from Stricklin was a player who is just a little more than a month removed from completing his freshman season.

Standout shortstop Ryan Bliss, who was a fixture in the Troup lineup throughout an exceptional 2015 season, was offered a scholarship by Stricklin.

“They ended up offering Ryan Bliss a full ride,” Troup head coach Craig Garner said. “They told him, the only thing he’d have to pay for is his lunch.”

Stricklin will have to wait a while if he wants Bliss on his team.

Bliss still has three years of high-school baseball remaining, but Garner said Stricklin told him he felt it was something he needed to do.

“He talked to him between innings, and talked to some of his teammates, and of course talked to me very in depth about him and everything,” Garner said. “After our first game, he told me he was going to come by the hotel and pick up Ryan and his mom and take him on the tour. He told me then, I’m fixing to offer this kid. He told me he’s the youngest kid he’s ever offered. It’s amazing. He said if I don’t, somebody else will. He’s that good.”

Bliss is a tremendous defensive shortstop, and he was also one of Troup’s best hitters last season.

Bliss also showed he’s got some power when he hit a home run during the Georgia camp.

Garner said what makes this so unusual is that Bliss was offered a full scholarship, which isn’t that commonplace in college baseball.