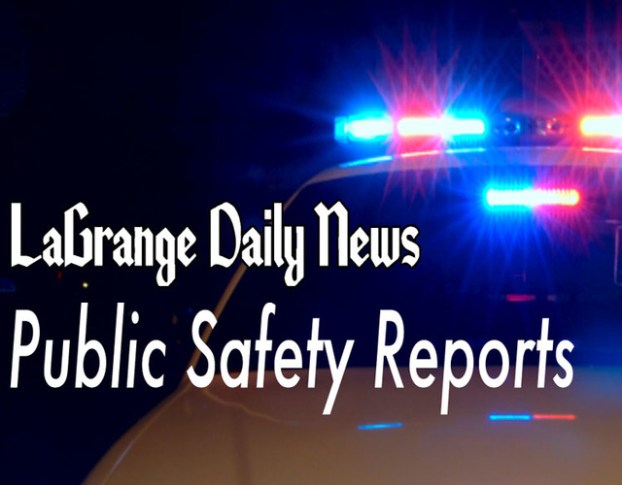 An Applebee’s employee reported while she was on shift inside the restaurant on Lafayette Parkway, someone broke into her car and stole her wallet.

The victim told police she got off work around 10:15 Tuesday evening and returned to her SUV, then noticed the center console open and her wallet missing. According to the report, the wallet contained her driver’s license, social security card, credit card, debit card, $20 in cash and a medical insurance card.

A man woke up to discover someone had slashed tires on three of his vehicles behind his home in the 900 block of Williams Street.

The victim told police he believed the incident happened between 6 p.m. Monday and 10 a.m. Tuesday. Officers noted all four tires on the man’s 2013 Toyota Camry, the driver’s side tires of his 2002 burgundy Chevrolet Tahoe and the passenger side tired of his 2005 gold Chevrolet Tahoe were slashed.

• The manager at Tritter Feefer Furniture store, 200 E. Lukken Industrial Drive, told LaGrange Police Department officers someone tried to break into the building Monday night. According to an LPD report, employees believe the burglar entered the finish and shipping building by removing a rear exhaust fan and climbing through the opening. Police believed the burglar then walked through the warehouse and possibly tried to open the front door, activating the alarm. Nothing was stolen and no suspects were located.

• A woman told LPD officers someone broke into her home while she was at work on Tuesday at stole two TVs and a Sony PlayStation from her apartment in the 100 block of Wynnwood Street. The value of the items taken was estimated at $1,260.