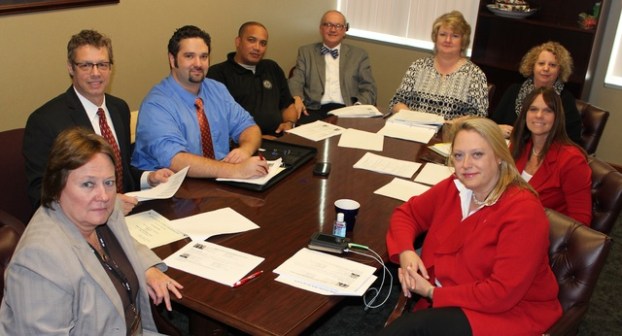 LaGRANGE — The Troup County Board of Commissioners on Oct. 2o accepted two grants for the DUI/Drug Court program.

The Bureau of Justice Assistance Drug Court Discretionary Grant was awarded to 21 courts nationwide, and Troup’s DUI/Drug Court was the only one in Georgia to receive the award. The $80,355 grant will fund a full-time case manager position for the next two years.

“The case manager will focus on connecting participants with resources they need to improve their education, employment, housing and other risk factors,” said Scott Smith, DUI/Drug Court coordinator. “By offering case management in addition to substance abuse treatment, we will further reduce the risk of recidivism for participants, and that’s the ultimate goal of our program.”

DUI/Drug Court offers treatment and intense supervision as an alternative to long jail sentences for offenders with substance use disorders.

The court also received a grant of $11,700 from the Governor’s Office of Highway Safety. This grant will fund a part-time administrative aide position as well as travel and telecommunications for the court.

“Justice Benham is one of my mentors,” said State Court Judge Jeannette Little, who presides over DUI/Drug Court. “He taught me a great deal about substance abuse and how it can be addressed in the courts, and he is a wonderful speaker.”

All former graduates are invited to attend the ceremony, and members of the general public who are interested in attending may contact Smith at 706-298-3731.

By Tyler H. Jones tjones@civitasmedia.com Inetha Hatten, who works with the outreach arm of the LaGrange Housing Authority, addresses a... read more