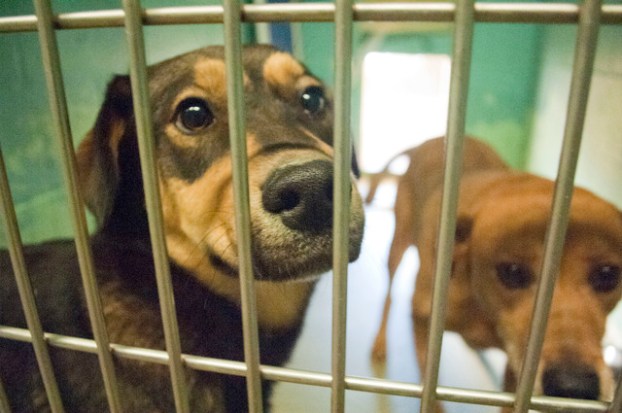 LaGrange Animal Shelter back in business after flood evacuation

Two dogs wait to be adopted at the LaGrange Animal Shelter on Orchard Hill Road on Monday.

http://lagrangenews.com/wp-content/uploads/sites/37/2016/01/web1_AnimalShelterWEB.jpgTwo dogs wait to be adopted at the LaGrange Animal Shelter on Orchard Hill Road on Monday.

LaGRANGE — Life is returning to normal at the LaGrange Animal Shelter on Orchard Hill Road after 99 dogs and cats were evacuated last week due to concerns about potential flooding.

The evacuation cleared out the facility, sending the animals to 13 other rescue agencies across the state.

On Monday afternoon, the shelter was already beginning to fill up with 22 dogs and two cats as the newest temporary residents, according to Chris Bussey, animal control supervisor.

Bussey, who’s worked at the shelter since 2007, credited the successful evacuation to the hard work of the shelter’s three employees.

“There was a lot of teamwork,” he said. “I also think the networking we’ve done with other agencies at training meetings played a big part.”

The shelter’s staff also coordinated with the Hogansville Police Department and the Troup County Marshal’s Office, he said.

He expected the shelter to be filled to capacity again within about a week and a half — and the animals will be available for adoption.

Pamela Parmer, a LaGrange resident, stopped by the shelter on Monday to consider adopting a dog. She already has two cats, but said giving the rescue animals an adoptive home is the caring thing to do.

“I feel like if you adopt an animal from here, you’re giving them a chance,” she said. “It’s a good place to get a pet.”

There is a $75 fee for dog adoption and a $50 fee for cat adoption. Both include a voucher to help pay for spaying or neutering the animal.

Girl, 2, recovering after surgery, expected to survive after shooting