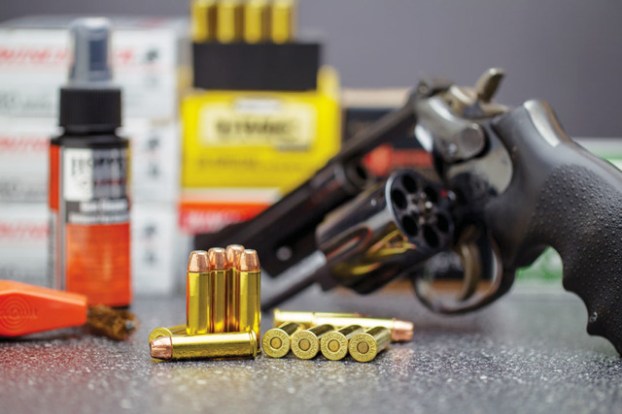 Police urge safe use of guns

After two accidental shootings of children in the past year, LaGrange police are urging gun owners to exercise safety in securing their weapons to prevent children from accessing them.

http://lagrangenews.com/wp-content/uploads/sites/37/2016/01/web1_web0115GunIllustration.jpgAfter two accidental shootings of children in the past year, LaGrange police are urging gun owners to exercise safety in securing their weapons to prevent children from accessing them.

LaGRANGE — Public Safety Chief Lou Dekmar was among the first on the scene Jan. 4 at Wood Glen Apartments on North Cary Street where a 2 year old was shot in the back accidentally by another child.

While the little girl is expected to recover, she still remains in the neonatal intensive care unit at Children’s Healthcare of Atlanta at Egleston, said LaGrange Police Lt. Dale Strickland.

According to the initial incident report, the children found the loaded handgun underneath a couch while visiting their mother’s friend.

This is not the first time the community has seen a tragedy involving a small child and a gun. On June 21, a 7 year old was shot in the back inside a home in the 400 block of Revis Street.

LPD Sgt. William Nelson said a 16 year old, whose identity was not released because of his age, brought a gun into the home. At some point, three children under 10 years of age, including the victim, found the weapon.

Police said while one of the children was handling the gun he accidentally shot the 7 year old.

Nelson told the Daily News the child survived, but underwent extensive surgery and rehabilitation at an Atlanta hospital in order to recover from his injuries.

Dekmar said responding to and investigating incidents involving children are hard on the entire department.

“Any time a child is shot, it tugs at your heart,” he said. “Most folks here (at LPD) are parents. We know the impact an incident like this has on them, their family, their siblings.

“Every accidental shooting is preventable,” Dekmar continued. “It’s something that happened that shouldn’t have.”

He said the city typically averages one accidental shooting per year.

Dekmar said there are two key issues to consider in weapon safety: safe storage and not allowing children access to the trigger.

“If kids do not have access to weapons, they cannot fire them,” Dekmar stated. “The same can be said if the guns are hidden from a child’s line of sight inside the home, they cannot be found and fired.”

Dekmar said all LaGrange police officers are given trigger locks when they receive their department issued weapon.

It is another device that can be used to prevent a firearm from being discharged should it fall into the wrong hands, added Dekmar.

Meanwhile, the shooting on North Cary Street remains under investigation. Strickland stated the gun used in the incident has been sent to the Georgia Bureau of Investigation crime lab for processing.

No one is claiming ownership of the weapon, he added.

Investigators are hoping the tests at the GBI crime lab will determine who owned the firearm.

In the Revis Street case, police arrested and charged the 16 year old who brought the gun into the home with possession of a firearm, cruelty to children and participation in a street gang.

Dekmar said many factors are taken into consideration when investigating incidents involving children and guns.

“These types of cases are very fact-specific,” he explained. “We look at the age of the child involved in the shooting and the circumstances surrounding the incident. Those things would determine what charges might be brought upon (the shooter or gun owner). Youths may be charged with reckless conduct, manslaughter or face no charges at all.”

The LaGrange Police Department is currently offering free gun locks to people in the community. Anyone interested may stop by LPD headquarters at 100 W. Haralson St. or call the main line at 706-883-2603.

By Melanie Ruberti mruberti@civitasmedia.com Police cars sit outside LaGrange High School on Thursday morning after a student was found to... read more