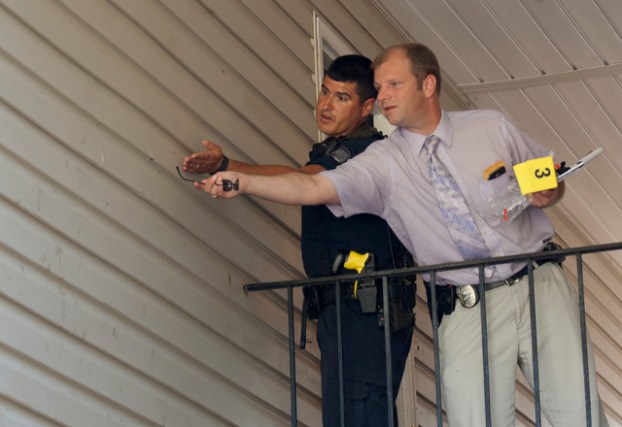 LaGRANGE — Violent crime rates rose slightly in LaGrange from 2014 to 2015, but have dropped by more than a third over a 20-year period, according to the city’s recently released annual public safety report.

More aggravated assaults, robberies and rapes were reported in 2015 than 2014, but the number of homicides stayed the same and burglary rates dropped, according to the report, which was presented to City Council on Tuesday by Public Safety Chief Lou Dekmar.

There were 146 violent crimes in LaGrange in 2015 — three homicides, six rapes, 66 robberies and 71 aggravated assaults — the report states. Of that, 30 were gang related, Dekmar said.

“I’m cautiously optimistic that with the resources we have and the successes we’ve had in identifying and arresting gang members, 2016 will see less gang activity, at least as it relates to violent crime,” he told the council. “The use of gang statutes has been very successful in prosecutions.”

In an effort to combat violent crime, the LaGrange Police Department has added more police officers and additional community outreach. Throughout 2015, LPD officers held 100 “community role call” events, in which officers gather in neighborhoods where criminal activity is notable to do their role calls during shift change. This makes their presence known in the neighborhoods, rather than having role call at LPD headquarters. Additionally in 2015, the department conducted 154 concentrated patrols aimed at preventing burglaries and 253 foot patrol details.

The rate at which police solve all violent crimes is above the national average, the report shows.

Motorists stopped in LaGrange for traffic infractions are more likely to receive a warning than a ticket, the report shows. Of the 14,293 contacts officers made with residents during traffic stops, 8,237 incidents resulted in warning citations, while 6,056 resulted in citations.

There were 2,299 reported car crashes in LaGrange in 2015, of that there were four fatalities and 444 wrecks with injuries. Those numbers are up from 2014, and Dekmar attributed the rise to an increase in traffic on the city’s roadways.

“We’re up in collisions this year compared to the last five years, I think if you’re out and about, you notice we have more people out on the road,” he said.

Dekmar attributed the drop to an increase in officer training that helps to calm suspects.

“All of our officers are crisis-intervention trained, which is primarily focused on dealing with the mentally ill, but the same de-escalation techniques that are effective with them are also effective with dealing with someone that suffers from an emotional problem or is agitated,” he said.

Use of force incidents are down by more than 60 percent from 20 years ago, he said.