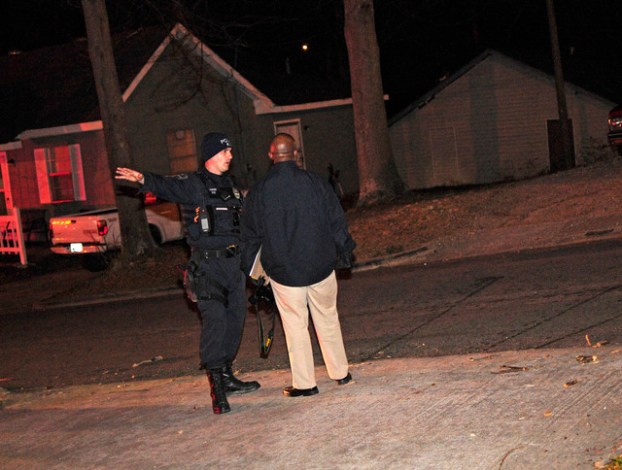 The organization is housed inside the old Ethel Kight library at the corner of Union and Revis streets.

LaGrange police officers roped off a section with crime scene tape from Union Street, behind homes and businesses along Revis Street almost down to Carver Street.

Det. Milton Ligon stated investigators did find some shell casings in the area, but they were still trying to determine if any structures or vehicles were hit.

As of Wednesday night, police had not announced a suspect in the incident.

Shortly after police arrived on the scene to investigate the shooting, there was a two-car accident at the intersection of Union and Revis streets between a black SUV and a silver car.

Paramedics were called to the scene to check out the drivers and passengers.

Police said the accident and shooting were not related.

LPD: Incident may be self-defense By Melanie Ruberti mruberti@civitasmedia.com Emergency medical workers take a 38-year-old man who was shot in... read more