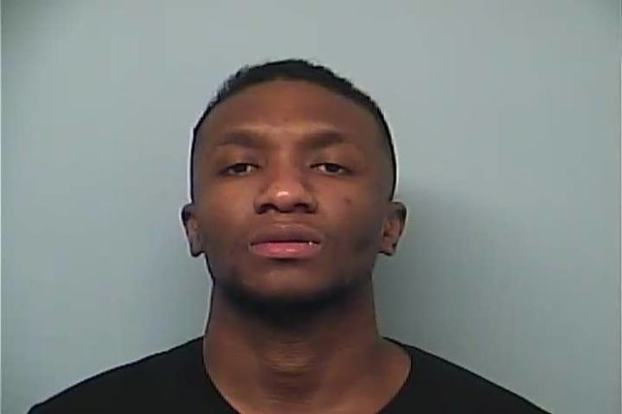 LaGRANGE — The man accused in the slaying of another man Friday night on Spring Street was out of jail less than five hours before the fatal shooting.

Coby Harden, 26, of Keyes Street, was arrested early Sunday and charged with the murder of T’Quarius Holloway, 22, of South Lee Street, according to LaGrange police reports. Holloway died at Grady Memorial Hospital in Atlanta on Saturday after he was shot several times in the first block of Spring Street the night before.

According to documents obtained by the Daily News, Harden was released from the Troup County Jail about 6:15 p.m. Friday. Roughly four hours and 43 minutes later — at 10:58 p.m. — he allegedly gunned down Holloway.

Harden had been behind bars awaiting trial for another violent crime, according to court documents.

On April 8, 2015, he was arrested and charged with aggravated assault, possession of a firearm and three counts of participation in a criminal street gang for allegedly shooting a man in front of the Daniel Street Food Market.

Harden remained in jail until his release Friday, but he never went to trial. The victim refused to cooperate with investigators on the case, said Drew Case, assistant district attorney with the Coweta Judicial Circuit.

The victim immediately said he was not willing to work with prosecutors, Case said. There also was insufficient evidence in the case to prove beyond reasonable doubt that Harden was the shooter, he added.

For those reasons, the charges against Harden were dropped, he said.

Harden also has been connected to other incidents. At the time of the 2015 shooting, he was also on probation for possession of marijuana, obstruction of law enforcement officers, simple battery and possession of cocaine, according to Troup County Superior Court documents.

The documents state Harden either pleaded guilty or was convicted of those charges in April 2012. He was sentenced to five years’ probation and to complete a boot camp confinement program.

Police also believe he is a member of the Bloods street gang.

Harden violated the terms of his probation after his arrest for the 2015 shooting on Daniel Street, court documents show.