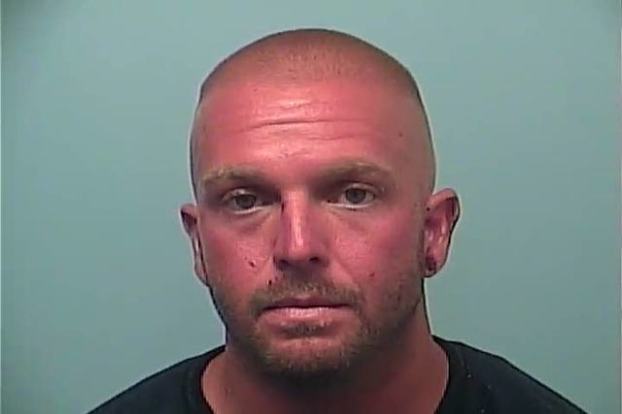 LaGRANGE — More details emerged about the incident leading up to the arrest of an investigator with Troup County Sheriff’s Office as the Georgia State Patrol released its official report on Tuesday.

Investigator Eric Massengill was in a 2002 Dodge Ram truck Saturday about 6:22 p.m. when he crossed the center line, overcorrected, ran off the side of Hammett Road near Leonard Road and struck a tree, according to the Georgia State Patrol report.

The trooper noted the roads were wet and it was raining during the time of the wreck. He also said Massengill left the truck at the crash site and met the trooper on Leonard Road, where he was driven by his wife. The trooper noticed the investigator had numerous lacerations to his head, face, left elbow and arm, the report states.

When the trooper spoke with Massengill he also smelled a strong odor of alcohol, he said. The former TCSO investigator admitted to drinking some Bud Light beers prior to the crash, the report states. He consented to a field sobriety breathalyzer test, which showed a 0.142 blood alcohol content, according to the GSP report.

Massengill was taken to the hospital for treatment of his injuries and placed under arrest. He was charged with DUI and issued citations for failure to maintain lane and defective tires.

Troup County Sheriff James Woodruff said he learned of the investigator’s arrest over the weekend. He called Massengill into the office Monday morning and asked him to resign or be terminated. Massengill voluntarily handed over his badge.

“We have a no tolerance policy,” Woodruff explained Monday. “When I took office, my belief is we, as a department, cannot break the law and then continue to go out into the community and arrest people for the same infractions we’ve been arrested on.”

Massengill joined the Troup County Sheriff’s Office on July 1, 2015. He previously was employed with the Grantville Police Department.

LaGRANGE — An investigator with the Troup County Sheriff’s Office resigned Monday after he was arrested and charged with DUI... read more