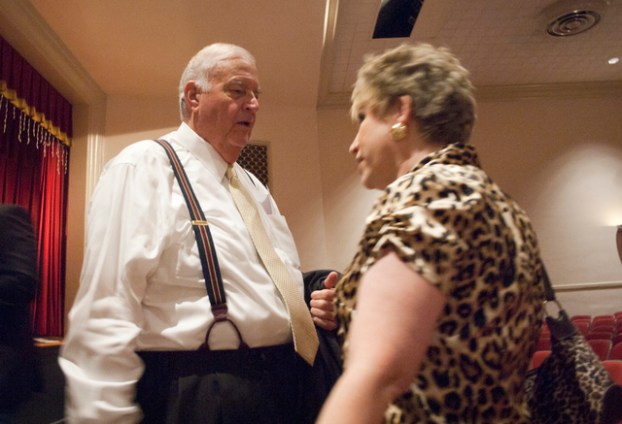 Polls, though, show Georgia could turn blue in November. The Real Clear Politics average for polls conducted between July 29 and Aug. 17 shows Democrat Hillary Clinton with a 0.3 percent lead over Trump — a statistical tie in a state that hasn’t gone for a Democrat since Bill Clinton in 1992.

Padgett was unfazed. He said he was “not concerned” about the current polls, and confident Trump would win Georgia. As for Republicans who have defected from the party and declined to endorse Trump, he was similarly not bothered.

Padgett also said the Trump campaign will likely lean heavily on Georgia’s local Republican parties for support and get-out-the-vote efforts. Meanwhile, the Democratic Party of Georgia is opening seven field offices across the state, and the Clinton campaign has said it will pour a six-figure amount of money into the state, according to Michael Smith, a spokesman for the state Democratic party. Padgett was dismissive of Democrats’ efforts.

He said the state GOP plans to mobilize campaigners to knock on doors and make telephone calls in support of Trump.

Padgett said the Democrats’ efforts to turn Georgia blue in November were in vain.

Padgett was also untroubled about changing demographics in Georgia, especially in metro Atlanta, where the population has grown since 2014.

“At some point in time” Georgia’s population could shift in favor of Democrats, “but not right now,” he said.

The Troup County Republican Party plans to open a field office in the coming weeks, according to Peter Alford, the county party chairman. The office will likely be located on Lafayette Square, but negotiations regarding a lease are pending.