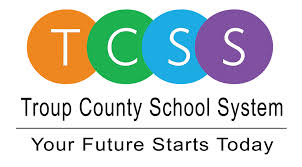 Troup County Superintendent Brian Shumate said reducing class sizes to about 20 students throughout the district would mean hiring about 111 additional teachers and with a cost of about $8.9 million to the school system.

A discussion on class sizes was brought to the forefront during a public forum for TCSS school board candidates hosted by the LaGrange-Troup County Chamber of Commerce on May 12.

District 2 candidate Frank Barnes said research shows there are more discipline problems when classrooms have more than 20 students. Barnes did not cite the research during the forum.

Barnes said he thinks reducing the number of students to 20 per classroom is the No. 1 issue for teachers.

“If you lower the number of students in the classroom, you give the teachers resources, flexibility and discipline,” he said. “Those are the three keys to a productive school system, and we will score better on standardized tests as well.”

At Thursday’s school board meeting, Board Chairman Kirk Hancock asked Shumate about the reality of reducing class sizes to about 20 students.

The superintendent said the district is aware of research about the lower the class size, the better the results could be.

“There’s also research that says the greatest impact on student achievement is teacher efficacy,” Shumate said. “You put a great teacher in front of some kids, that will get it done.”

He said the district doesn’t need to have 30 students in one classroom, and it has been hovering in the mid-20s for several years, but most school districts in the country have similar numbers.

At the high school level, Shumate said the district would need about 20 additional teachers.

He said each teacher hired by the district is about $80,000 after accounting for an average salary of $55,000 and $25,000 in benefits. Additionally, while Shumate said small class sizes are desirable, those costs would be repeated every year.

“Not only is it costly, but we don’t have space to add 111 teachers,” Shumate said. “Many of these schools are pretty much maxed out right now.”

Hancock said even if the district wanted to cut that number in half, it would still be looking at about $4.5 million of additional payroll and would still be left with the lack of physical classroom space.

“That really makes it an impossibility,” he said.

Shumate said if the district gets back on a positive budget trajectory soon, lowering class sizes will be a significant priority.

TCSS is currently bracing for a 14 percent cut in state funding. The school system typically gets about $67.7 million in state funding, and with the proposed cut, it would negatively impact the district by $9.5 million.

Shumate said Thursday Troup County received about $3.1 million in Coronavirus Aid, Relief, and Economic Security (CARES) Act, but that will need to be spread around to the private schools in the area, meaning TCSS will receive about $2.5 million.

Starting with the $9.5 million number, and subtracting $2.5 million would bring the deficit to about $7 million. Shumate said he estimates spending about $3 million from the system’s reserves to get that number to about $4 million to trim from the budget.

He said that money could come from hiring freezes, step-raise freezes and furlough days.

Additionally, according to Shumate, the district expects SPLOST receipts to be down “substantially” due to COVID-19.

In April, the school system announced it would cut $2.2 million in cuts through a reduction in force policy.

The reduction in force policy wiped away an anticipated $1.8 structural budget deficit due to investments in education initiatives and leadership changes.

In November, voters in Troup County will also vote on a senior tax relief measure that would eliminate school taxes for those 62 and older with an income less than $40,000. If passed, the action could negatively impact the school system about $1.7 million.