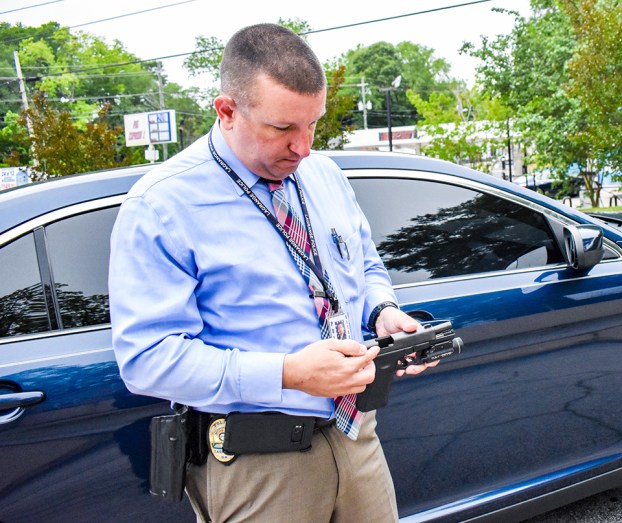 OUR VIEW: Owning a firearm is a responsibility

Owning a firearm is a responsibility that should be taken seriously at all times. That responsibility is bestowed upon the buyer the second the transaction is completed.

Earlier this week, a four-year-old girl was accidentally shot in the face by her six-year-old sibling, who found a firearm within reach. According to information from the LaGrange Police Department, while the six-year-old was playing with the gun, it discharged and shot the other child. Fortunately, that child is still alive and in stable condition. However, according to authorities, she is still in serious condition.

The reality of this situation is that it should have never happened — for multiple reasons.

First, the gun allegedly belongs to Leemarkese Deangelo Melson, 28, who is a convicted felon. First and foremost, the fact that Melson is a felon means he should not own a firearm.

According to the LPD, Melson is wanted on multiple charges and hasn’t been arrested as of Thursday.

Melson is the brother of the babysitter that was watching the children in the home where the shot occurred. The mother was at work, and Melson was visiting his sister. After the shot occurred, police say Melson ran away, taking the weapon with him.

These types of incidents should never happen. Never, under any circumstances, should a firearm be in reach of children.

This rings true for responsible gun owners who own multiple guns in the home. We understand some have guns for home protection, and those firearms may be loaded. For that reason, those guns should be in a place only the owners know about and definitely shouldn’t be easily found by young people.

If a person has a collection of guns, used for sport or other reasons, then those should be locked in a cabinet or safe and should be unloaded. Additionally, the ammunition should be in a different place.

Our hearts go out to the family of that small child injured. We also want to remind residents about the safe and responsible way to own a firearm.

OUR VIEW: Grant could be ‘game-changer’

Recently, the city of LaGrange received a $2 million grant from the Georgia Department of Affairs to revitalize part of... read more