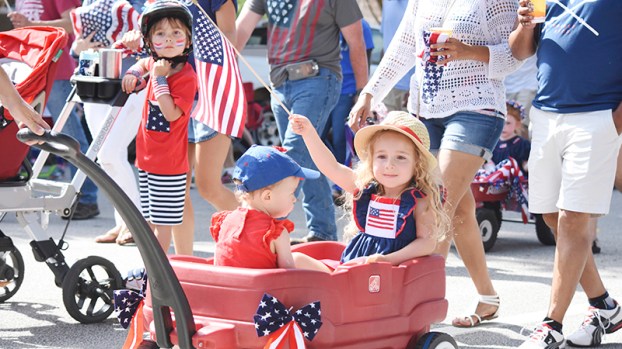 The Junior Service League will continue its tradition of a Fourth of July Parade next week, but it’ll be in a different format than past years.

Due to the COVID-19 pandemic, JSL announced its parade would move to a virtual format this year. It’ll be broadcast on the City of LaGrange Facebook page at 10 a.m. on the Fourth of July, the traditional date and time of the parade. This year’s theme is Star Spangled Everything.

“We wanted to still have it, even if it’s virtual,” said JSL President Nicole Spivey. “I think anything is better than not celebrating at all. And this year it’s even more family friendly. You can really get your whole family involved, including your pets this year.”

However, JSL has not had a lot of luck getting community members to post a photo or video for this year’s virtual parade. Only a handful of entries have been sent in so far.

“There are lot of different crafts and do-it-yourself projects you can do to celebrate the Fourth of July,” said JSL President Nicole Spivey. “We have some examples of things you can do on our Facebook page, so think outside of the box.”

The winners of best costume and best decoration will be given a cash prize from the Junior Service League. The grand prize is $300, first prize is $200, second prize is $150 and third prize is $100.

To enter, post a photo or video on the JSL Virtual Fourth of July Parade Facebook page by June 28. 1010