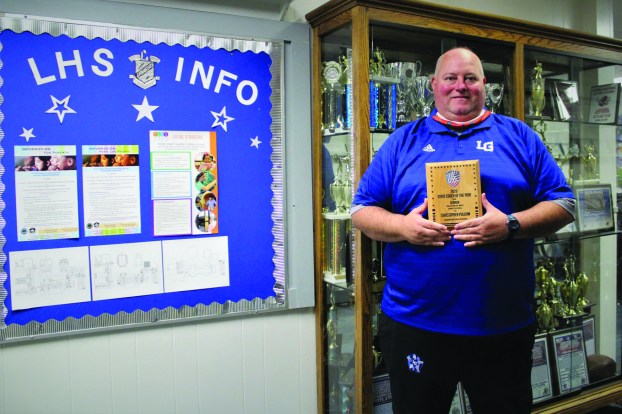 It was a pleasant surprise for Shane Pulliam.

Pulliam, LaGrange High’s boys’ soccer coach, was enjoying a day at the beach in Florida earlier this summer when he got a notification that caused him to do a double take.

“I was sitting there fishing, and I decided to check my email, and all the sudden I was like, I just got coach of the year,” said Pulliam, who has wrapped up his third season as the Grangers’ head coach.

The United Soccer Coaches organization selects coaches of the year in each state in the country.

In Georgia, three coaches were recognized.

The small public-school coach of the year, meanwhile, was Pulliam, who has been in the coaching business for nearly three decades.

“I was shocked,” Pulliam said. “I texted the coach that sent it to me who’s the Westminster coach, and he’d won it before. I was like, is this a joke. I get this and I don’t know if people are messing with me or not. He said no, it’s real. He said all the coaches got together, and you were at the top of the list.”

Pulliam took over the LaGrange program in 2018, and he led the team to a 13-5-1 record and a spot in the second round of the state tournament.

LaGrange was 14-4-1 in 2019, and it won a region championship before once again reaching the second round of the state tournament. The Grangers were 7-3 this spring when the season was canceled because of the coronavirus pandemic.

“They look at your overall history as a coach,” Pulliam said. “Obviously, your team’s effectiveness, and what you’re known for, running a good program, always being competitive, being clean, academics. All that stuff helps. It’s building the right kind of team. So, that all plays a part.”

Pulliam’s first stint as a high-school coach was at LaGrange High nearly 30 years ago following his graduation from LaGrange College in 1993, and his coaching career came full circle when he returned to the school in 2018 as head coach.

Before coming back to LaGrange, Pulliam enjoyed successful coaching tenures at a handful of schools, including Whitewater where the team routinely made it deep into the state tournament during his nine-year stay.

Pulliam also coached at Forest Park, McIntosh, Griffin, Troup High and LaGrange Academy, and he was the head coach at the University of Pikeville for one season.

Additionally, Pulliam has been an active travel-soccer coach, and he started the successful Sea Turtles program in Troup County.

At LaGrange High, Pulliam has put together a challenging schedule each season, and the team has thrived against some of the elite teams in Georgia and Alabama.

“We’re pretty competitive, and we’re getting better every year,” Pulliam said. “They’re starting to get more confidence. We beat Starr’s Mill this year. You go over to Alabama and tie the team that go on to be the AAAAAAA state champion, or you beat Auburn at their place. You start realizing, we’re pretty good. We’ve just got to get the monkey off our back and advance in the playoffs.”

The 2020 season was shaping up to be another special one.

LaGrange had some noteworthy wins to its credit, including the big one over Starr’s Mill, which finished second in the Class AAAAA state tournament last year.

In its final game of the season, LaGrange beat Sandy Creek 1-0 on March 10 to improve to 2-0 in Region 5-AAAA.

The season was suspended later that week, and it was eventually canceled.

West Point native and Troup High School graduate Thomas Higgins, who goes by TOM davii, has made a name for... read more