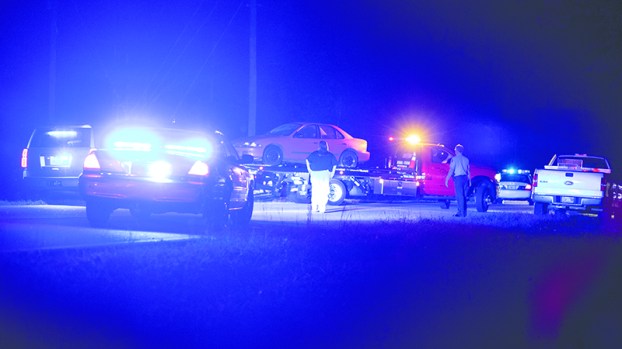 On Oct. 6, Natalie Jones' pink Chevrolet Cavalier was found in the woods with the body of a dead woman inside.

Heard Sheriff: No evidence of foul play in Natalie Jones case, car in woods ‘had been there a while’

The Heard County Sheriff’s Office has not found any evidence of foul play in the disappearance of Natalie Jones, Sheriff Ross Henry said Thursday.

Jones’ car was recovered on Tuesday night near Ephesus in the woods off of Roosterville Road near an intersection with Welcome Road. A body was found inside the vehicle, and the family has told media that it was Jones. The sheriff’s office has not confirmed that.

In an interview Thursday, Henry said he did not want to speculate about what happened to the body that was found Tuesday. Henry’s office is still waiting on the results of an autopsy being performed by the Georgia Bureau of Investigation crime lab.

“I would think it’s her. I don’t want to speculate. It could be someone else, common sense would tell you it more than likely is [her],” Henry said.

The GBI was supposed to be conducting the autopsy Thursday, Henry said. He was not sure if that meant there would be more information soon, however.

Henry said the body was a woman, but did not say if there were wounds to the body. The body was found in the driver’s seat of the car. There was no damage to the car, Henry said.

The car was found by a man who was clearing brush for the owner of the property, Henry said. According to Henry, the car was about 75-100 yards off the road in a small opening in the woods. Henry did not see any water nearby.

Investigators recovered several items from the car, Henry said, but he declined to say what those items were.

Rumors and theories about what happened to Jones have circulated widely on social media. Henry said false or unsubstantiated information “hinders” HCSO’s investigation. The main rumor he wanted to dispel was that the car could have been placed there recently — Henry said the car had “clearly been there a while.”

“It’s just the world we live in,” Henry said.

Jones was a 27-year-old mother of two. She was last seen on July 5 around 1 a.m. near Jackson’s Gap, Alabama.

Her car is a pink 2002 Chevrolet Cavalier. Pink was Jones’ favorite color and has been used in advertisements and events to raise awareness of her disappearance.

The case has been covered by outlets across Georgia and the U.S.

No matter what happens, Halloween in LaGrange will be different this year. While it’s up to individuals whether they want... read more