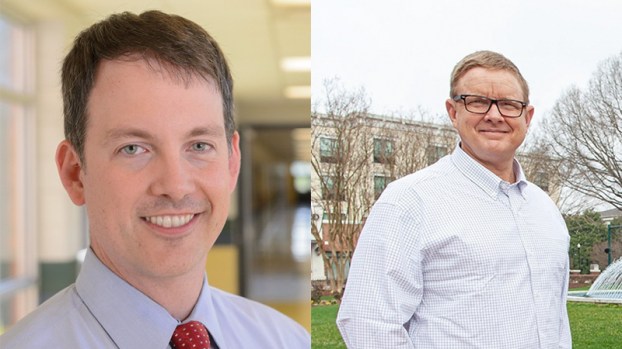 Trammell, Jenkins face off in forum

The two candidates are running in a competitive race for House District 132, which includes part of LaGrange, plus Grantville, Luthersville, Lone Oak, most of Hogansville and part of Newnan.

Trammell, a Democrat, serves as minority leader in the state House. In 2018, Trammell defeated GOP challenger Leonard Gomez by 749 votes in an election that saw about 17,000 cast ballots in race. The competitive nature of the district, coupled with Trammell’s position as a top Georgia Democrat, has led to more than $1 million spent in the race.

Despite attack ads run against both candidates, the forum remained civil and neither candidate directly criticized the other.

The pandemic was a central topic. Trammell focused on healthcare for much of the debate and criticized Republicans for refusing to expand Medicaid under the Affordable Care Act in Georgia. Jenkins, a retired Army officer who now works at the ambulance air base in Newnan, used his work as a first responder to say he “understand[s] firsthand the price of this terrible virus.”

Moderator Curtis Brown’s first question asked what could be done to cover people who make too much to qualify for Medicaid but not enough to pay for health insurance. Trammell responded by saying the state should expand Medicaid.

Jenkins said the U.S. has the “best health care in the world,” and said one way to provide more low-cost healthcare was to ease restrictions on what treatment physician’s assistants could provide. He also called the ACA a “disaster” and seemed to imply that it should be replaced.

“I look to [U.S. Rep.] Drew Ferguson and our other Georgia state legislators that are going to go forward and work for a solution on the national level so that we can fix this complicated problem,” Jenkins said.

The second question from the chamber revolved around what should be done to prevent cuts to education. In June, the state budget cut $950 million in k-12 funding as a result of the economic downturn.

Jenkins spoke first, saying the legislature should not raise taxes, and that funding should be restored once the economy recovers and revenue increases.

“We can’t spend money we don’t have,” Jenkins said. “Georgia has a bright future ahead of us and thanks to how we’ve managed during the COVID pandemic, we’re in a better financial situation than most states.”

Trammell, on the other hand, said he fought against the cuts, and that Republicans should have reexamined tax breaks for businesses instead.

“We never should have made the cuts to classes on the backs of school kids in the first place,” Trammell said. “Because what we did is, we mortgaged our children’s future at the expense of corporate special interest tax breaks.”

Asked what could be done to increase enrollment at West Georgia Technical College, both candidates agreed more needed to be done to support students seeking to become skilled workers. Trammell focused on increasing scholarship opportunities and making the transition into jobs “seamless,” while Jenkins said more partnership with high schools was needed.

The final question concerned transportation infrastructure and what the candidates would do to improve it. Jenkins said as a legislator, he would fight for more funds for the district.

Trammell spoke about an increase in the state excise tax on gasoline that was passed and signed by then-Gov. Nathan Deal in 2015, saying he supported it and that it brought in more funds for roads. He also said he would continue to support development of the Port of Savannah.

In opening and closing statements, Trammell drew on his experience as a party leader to say he’s led the fight against education and corporate pollution. Trammell also noted he co-sponsored both of the bipartisan bills that are on the ballot this year as state constitutional amendments. Amendment 1, created by HR 164, would require that state fees and taxes collected for specific purposes be used as intended in most circumstances. Amendment 2 would prevent state and local governments from using “sovereign immunity,” a legal doctrine, when being sued by citizens.

Trammell’s campaign has raised much more money than Jenkins’ — about $392,500 —  and has spent about $310,000 in the race, according to campaign finance filings.

But the Republican State Leadership Committee, an organization that works to protect and target state legislatures for Republicans, has spent almost $700,000 on TV, radio, mail and digital ads attacking Trammell. The RSLC money dwarfs the money spent by Jenkins’ campaign, about $50,000 of the $64,000 it has raised.

An internal Republican poll of 397 likely voters conducted from Oct. 1 to Oct. 5 showed Jenkins ahead 47% to 39%, with a 4.8% margin of error. According to the Atlanta Journal-Constitution, however, the poll’s weighting did not align with the demographics of the district, potentially undercounting Black voters.

In the June primary election for the district, more Democrats voted (4,971) than Republicans (4,617).

The Georgia Bureau of Investigation confirmed that the body recovered from the car of Natalie Jones on the night of... read more