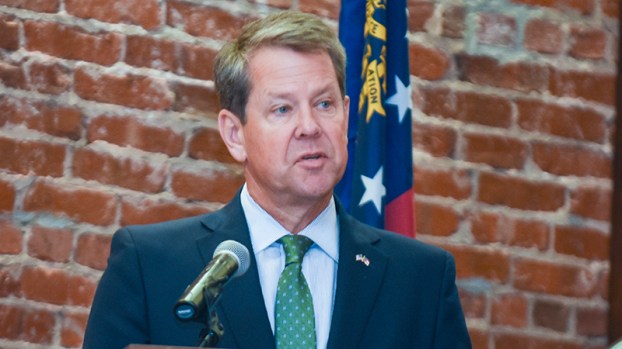 Kemp: If Biden came to Georgia looking for electoral votes, ‘he’s in the wrong place’

Georgia has become one of the nation’s tightest battleground states, with recent polls showing it as essentially a dead heat between Trump and Democrat Joe Biden. Georgia hasn’t voted for a Democrat for president since 1992, when Bill Clinton was elected president.

“I know Joe is in Georgia today. I’m not really sure why,” Kemp said. “I can only speculate that he was needing some good barbecue and Southern hospitality. I think you should be applauding yourselves for getting Joe to come out of the basement and experience freedom. I’ll tell you, if he came here looking for Electoral College votes, he’s in the wrong place.”

Kemp spoke against some of Biden’s campaign policies, noting that the Democrat will raise taxes and “lock down the economy.”

“I’m good with going back to what we had a year ago,” Kemp said, noting a pre-COVID-19 economy.

Kemp acknowledged Georgia as a battleground state, but he encouraged those gathered in Manchester to ignore the polls and to go vote.

“Don’t believe the polls,” Kemp said. “You are the poll.”

“When I heard Joe Biden was coming to the third district of Georgia, and he was coming to Warm Springs, the first thing out of my mouth was ‘Man, he’s got nerves to do that,’” Ferguson said. “It really made me mad. He’s going to come to this community and this community represents my hometown of West Point, Griffin, Lawrenceville, LaGrange, Columbus — up and down here. You are going to come here? After what you’ve done to us?”

Ferguson said Biden had “decimated” our communities through his time in politics, noting NAFTA, Obamacare and the 1994 crime bill.

Ferguson said Georgians are going to show Biden and running mate Kamala Harris that they don’t want them in office.

“Joe calls himself a scrappy kid from Scranton?” Ferguson said. “That’s a lying lizard from the damn swamp is what he is. We don’t want him down here.”

One week before Election Day, former Vice President Joe Biden spoke in Warm Springs, about half an hour from LaGrange,... read more