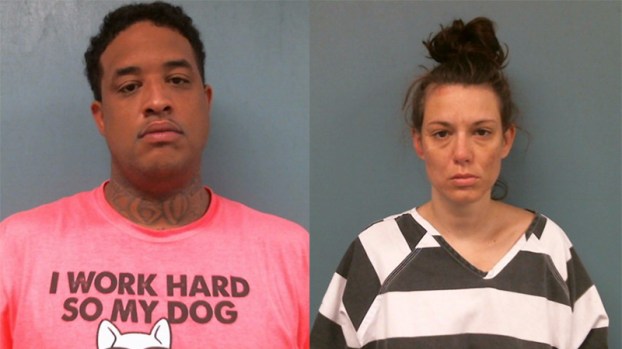 The Troup County Sheriff’s Office has charged a man and a woman in connection with the February 2020 murder of Dennis Wayne Binion, a TCSO news release announced.

Michael Joshua Eugene Richardson, 36, of LaGrange, has been charged with malice murder, felony murder and aggravated assault. Crystal Michelle Carothers, 34, of LaGrange, has been charged with hindering the apprehension and or punishment of a criminal, and making false statements. According to the release, TCSO investigators presented the case to the Troup County Grand Jury on Jan. 11, and Richardson and Carothers were indicted for the charges.

Binion was found dead near the intersection of Hamilton Road and Burgess Road, on the night of Feb. 4, 2020. The death was originally investigated as a hit-and-run by Georgia State Patrol, as it was believed Binion was struck by a vehicle while walking on the side of the road.

Binion was the owner and operator of Binion Southern Enterprise. He was 67.

“In April 2020, the Georgia State Patrol turned the case over to the Troup County Sheriff’s Office due to there being no evidence that Binion was struck by a vehicle,” the release reads.

Binion’s family asked for the public’s help in solving the killing at the time of the incident.

answers and closure to the Binion family,” Sheriff James Woodruff said in the release.

No other details were released. Check back at lagrangenews.com for updates.

District 5 Representative Cathy Hunt was elected Chair of the Troup County Board of Education at the board’s meeting Monday... read more