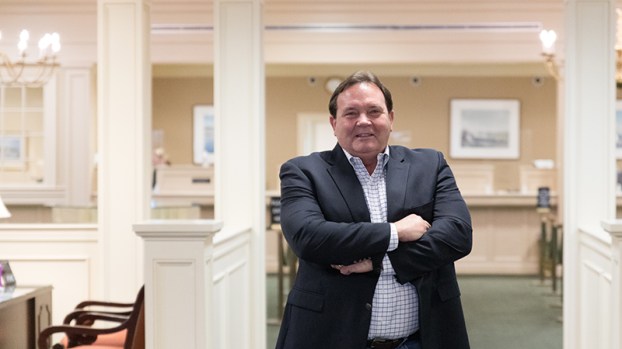 Passing the baton: Synovus market exec retires after more than 40 years of service to bank

“I joined Synovus right after college in the 80s,” McRae said. “I stayed for so long because I just never wanted to leave. Synovus is so people oriented, and it would’ve been hard to leave. I really fell in love with the community and the bank.”

McRae said despite being offered other jobs, he never had the desire to leave the company or the community.

The recession hit right after McRae was named market executive in 2009.

“That was a job defining moment for me,” McRae said. “A lot of banks went out of business when the recession hit, and if they did not, they had to cut back a lot. We went through a period where we had maybe 65 employees and now we have about half of that. That was probably one of the most challenging things, was downsizing the employees that I had become so close with.”

McRae said that since the recession, he learned to work smarter and more efficiently with the resources the bank had.

“Probably the most accomplished thing we did was growing the bank from $250 million in assets to about $350 million during that timeframe,” McRae said. “That wasn’t easy to do.”

Not only did McRae move his way up in ranks at the bank, but he was also heavily involved in the community.

“We encourage all of our employees to be involved and be leaders within LaGrange,” McRae said. “I’ve been president or chairman of probably every charitable organization that you can think of. Our company encourages it, and we just want to be tied to the community we live in.”

McRae said he still plans to be involved with the bank and help in any capacity he can.

“Jake is a lifelong resident of LaGrange with a deep commitment to his hometown. This community and our bank will be well served by his extensive banking experience and knowledge of industries and economic development opportunities in Troup County,” said Mark Lane, Synovus division CEO. “We congratulate Frank on a well-earned retirement and thank him for his work on behalf of our bank, customers, and LaGrange/Troup County for four decades, as well as his continued service as chairman of our local Board of Advisors.”

A Troup County native, Jones joined Synovus in 2004 and is a graduate of LaGrange Academy and the University of Georgia. He serves on the boards of Heart of West Georgia Inc., LaGrange Gridiron Club, LaGrange College Leadership Council, and is a member of the LaGrange Rotary Club, which he served as president in 2016 through 2017.

TCSS Board approves purchase of 100 Chromebooks

The Troup County School Board voted to approve the purchase of 100 Chromebooks and to solicit bids for a food... read more