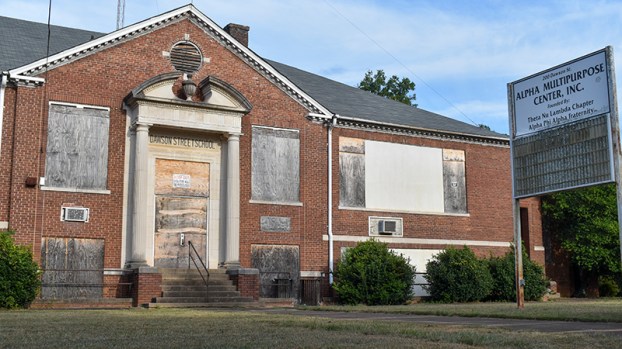 At its meeting Tuesday, the LaGrange City Council gave final approval to transfer ownership of the Dawson Street School to Tammy Finley, a potential developer out of Atlanta.

The redevelopment plan falls into two phases. The first will include renovation on the school building to accommodate approximately 14 townhomes units in Phase II.

The proposed plan is to develop a pocket neighborhood of approximately 30 new construction, single-family homes as well as 67 detached multi-story units behind the property.

“Right now, we know there’s a need for more housing throughout the community,” Mayor Jim Thornton said during the council’s work session.

Currently, the school is empty with noticeable interior and exterior damage.

During its work session Tuesday, the council also discussed relinquishing ownership of a portion of Center Plaza Drive to Jones Petroleum, developers out of Jackson.

The road is city-owned and runs from Lafayette Parkway to behind the new Dunkin’ Donuts and Marathon gas station.

The developers want to build a travel center, equipped with overnight parking, retail and eatery options.

Jones Petroleum owns the Dunkin’ Donuts and Marathon gas station on the property.

For years, the city has had issues with tractor trailer trucks parking across the street where they are not allowed, said City Manager Meg Kelsey.

Relinquishing the property to Jones Petroleum could relinquish this problem, she said.

A liquor store is next to the road, and the council suggested that a portion of the road be left alone so that customers will still have access to the store.

Councilman Nathan Gaskin suggested that the road should be paved with concrete upon development to accommodate for the weight of the trucks that will be driving on it.

In other discussion at the meeting, LaGrange Police Chief Lou Dekmar updated the council on the violent offenders resolution passed in early March that asks state officials to study methods and trends for parole offenders.

The resolution was in response to an increase in violent crimes committed in 2020 by individuals who were on parole, felony probation, or out on bond pending felony charges when crimes occurred.

Communication between the LaGrange Police Department and the Department of Community Supervision, who handles parole and probation, has been enhanced, Dekmar said, and is paving the way for more permanent progress.

The State of Georgia parole board now wants to pilot a program with LaGrange and push it out throughout the state, Dekmar said, and engage the Troup County Sheriff’s Department in a partnership this summer.

In other business from the meeting, the council tabled the second reading of the annexation and zoning of property owned by Busch Drive LLLP, located on Busch Drive.

The property will be used as part of the city’s sewer development project.