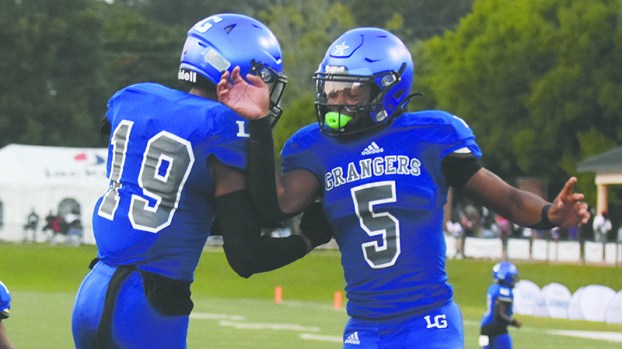 Tristan Smith scored, Kobe Jones ran a punt back 51 yards and Tae Snead found the end zone on an 80-yard touchdown run — all in the opening minutes— as LaGrange dominated Columbus 41-13 Friday night at Callaway Stadium.

It was a hot start for the Grangers, who are 3-0 for the first time in over a decade.

Jones’ punt return was electric, as he side-stepped defenders and ran down the visitors sideline. Columbus was able to move the ball but couldn’t sustain drives.

Following a touchback on a punt, the Grangers scored right away. Snead ran right up the middle, right through the middle of the defense, and the Grangers were up three touchdowns very quickly. On arguably their best drive of the night, Columbus answered with a 3-yard touchdown run by Chris Reed with 5:04 left in the second quarter.

The Grangers answered with a methodical drive, capped by a 2-yard touchdown run by Malachi Render-Fannin to take a 27-7 lead at the half.

Asa Leath added a second half score for LaGrange as part of the 28-point victory.

LaGrange will host Kendrick next week.